The Promise of the Empty Tomb 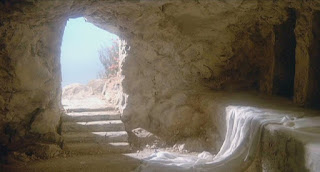 What difference does it make? So the tomb was empty 2,000 years ago, but that was a long time ago, before cars and highways, before TVs and cell phones and 9-5 jobs. What does that mean to me today?

It means that Jesus was who He said He was. Any crazy person can say they are God, or make up stories about themselves. But when you are dead, all that is over and the truth comes out, as the truth usually does eventually. But Jesus rose from the grave. He was pierced and bloodied and beaten. And He was dead, wrapped in clothes in a tomb. But then He was alive again. Only God, could do such a thing. Jesus was God's Son, and death could not hold Him in its grip.

It means Jesus wasn't a loser who talked a bit too loud and a bit too long, and so the men in power killed Him. It means the words He spoke were truth, filled with power. And in the end, He was the one with the power, not those others who thought they could fool Him and get rid of Him.

It means that Jesus loves me. And you--all of us! He came not just to take over a country at a point in time.

No, that was much to small a task for Him. It means He came to release us from the power of sin, from the power of this world, and to gather us up in His love. He came to save all of us, during all periods of time. He came and paid the price for our sins so we would be restored in relationship with Him and be within Him some day forever.

Jesus is God. His is the power of Life and to Save. Jesus broke the power of sin and death. Jesus loves us.
It means that God came near to us not to take over the world, although He could have. He came to take over our hearts. Like a lover He swoops downs to us to rescue us. He wants nothing more than our love.

And my response is like Mary, to anoint Him with my worship and thanksgiving...

Then Mary took about a pint of pure nard, an expensive perfume [worth a year’s wages]; she poured it on Jesus’ feet and wiped His feet with her hair. And the house was filled with the fragrance of the perfume. ~ John 12:3

And my response is like Thomas, to confess Him as Lord... 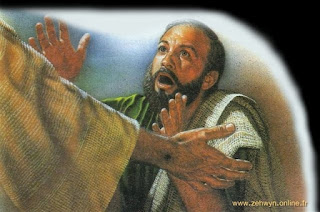 Though the doors were locked, Jesus came and stood among them and said, “Peace be with you!” Then He said to Thomas, “Put your finger here; see My hands. Reach out your hand and put it into My side. Stop doubting and believe.”

Thomas said to Him, “My Lord and my God!”

Then Jesus told him, “Because you have seen Me, you have believed; blessed are those who have not seen and yet have believed.” ~ John 20:26-29

Even then, Jesus spoke of the blessing of those who believe today! I believe the tomb is still empty, that Jesus is worth everything, that He is Lord, and He is Love.
Posted by Barb at 10:54 PM