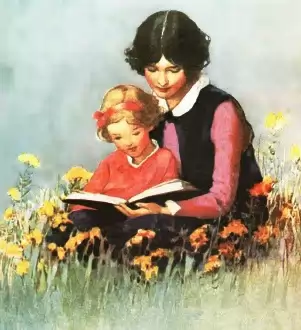 On Mothers Day 2013, a panel of women shared their thoughts on Motherhood at Montclair Community Church (MCC).

One of those women was Sheila Fields, mother of six adult children, one of them was Pastor Joe Fields, a Youth Pastor who died at the age of 31. I attended this service because I wanted to hear what Sheila had to share, which was amazing. She gave me her permission to share her talk. Sheila is a woman of great insight, wisdom and wit. Enjoy and be blessed. Thank you Sheila, for sharing your heart with us!


What do you enjoy the most about being a mother? What are some of your greatest joys?

To me, having babies was like winning the big lottery. I loved each stage; the infants, the adolescents, the teens (not my favorite) the young adults and the grown adults. It all went by too fast. I am glad to have this opportunity to reminisce about all the precious moments I enjoyed with my children.

However, it also brought back moments of some regrets. I made mistakes. I have a list of "wish I could do over" moments. I regret how I handled many situations but even more I regret words spoken and mostly words not spoken. I'm sorry I didn't teach my children to have a faith that views the prize of eternal life with Christ as the most important thing in their lives.

The greatest joys were in the small things, the cute things they say, the drawings and papers to hang on the fridge, the surprise hugs and kisses. Weddings and babies are life's biggest joys.

What are some of your daily struggles in motherhood?

Letting go. You have to allow your children to make their own mistakes and learn how to resolve them.

Is there anything you wish someone would have told you before you became a mother?

I was the best mother to my dolls. I thought I had the job down pat. I soon learned that you can't hold your babies upside down by one leg or throw them in the toy box for days on end until you're ready to play with them again. I wish I had been more prepared. I wish I knew how hard and exhausting it was going to be. I wish I had been more mature.

What is the best practical advice you've ever received about mothering?

It's not original and I'm sure you've heard expressed different ways. I say it this way "Discipline to teach not to punish, discipline from love never from anger." I've tried to pass this on to my children who are now parents.

What has been one of the greatest challenges you faced in motherhood?

As I've said I'm very proud of all my children, they have grown into lovely, loving, good, descent human beings. I don't mean to slight any of my other children, I could talk to you about the specialness of any one of them for hours, days maybe. But today I want to talk about my youngest son, Joseph. Joseph was a child who taught his mother more than she ever taught him. He was the son who God used to give his mother a testimony. Joseph was the child who gave his mother the best gift EVER, the gift of authentic faith.

Many of you knew him. Around here he was known as P.J. or Pastor Joe. He was the youth pastor here at MCC until his death on December 17, 2005 at the age of thirty-one while undergoing his third liver transplant. It's been almost seven and a half years. Jerry and I were blessed with very good children. I don't take any credit, they just came that way, and Joe was beyond belief. I don't think he ever said "no" to us. He had some health issues as a baby and then he was going along pretty well until high school where two momentous things happened (1) he had a born-again experience (2) he was diagnosed with ulcerated colitis. He had surgery for the colitis which at first seemed successful but then took a turn for the worst. The doctor said they would see what they could do, they did not expect him to make it BUT, guess what? God (your God, my God, the one and only true God) had other plans. Joe recovered and was fine until his liver disease presented itself.

We didn't use the term in those days but, Joe had a bucket list. Our good God delivered big time and Joe was so grateful. He got to go to Moody Bible Institute and become a Youth Minister, he met the love of his life, married and had a child - so many joys he never thought possible.

After Joe's born again event, he never looked back. He lived every waking moment for the glory of God. As a youth pastor he greatly influenced dozens of young people and he was a great witness to all who knew him including his own parents. He was the best Christian I've ever known. I don't expect to ever meet another like him.

I always considered myself a Christian but now, looking back, I would describe my early Christian walk as a Christian zombie. We all know them: a stagnant walk, no growth. This passage from Isaiah 29:13 sums it up pretty well: “The Lord says: ‘These people come near to me with their mouth and honor me with their lips, but their hearts are far from me. Their worship of me is made up only of rules taught by men.’” As I observed the way Joe lived his faith I wanted his kind of faith, I wanted my faith to grow. I wanted to know the Bible. In the church I grew up in, we were not encouraged to read the Bible, in fact, it was discouraged. Now I view that as criminal! I had no idea of how much I was missing. Before he died my heart was already changing.

When he died I knew I couldn't have loved him more but I didn't shed a tear. Jerry and I knew that in all probability Joe was not going to have a normal lengthily life so we had been somewhat prepared but my reaction was totally unexpected. I was filled with the most wonderful peace. I believe it was the peace that God promises in Philippians 4:6-7 where it says “Be anxious for nothing, but in everything by prayer and supplication with thanksgiving let your requests be made known to God. And the peace of God, which surpasses all comprehension, will guard your hearts and your minds in Christ Jesus.” I was happy for Joe because his suffering was over. I believe that no matter how well you knew him, you never knew how much he suffered. He never complained and he never said why me?

Joe was prepared to die. I might even say he was looking forward to it. He believed all that our faith teaches us. He knew of God’s promise of victory over death. He knew God promises His people eternal life. I also embrace those beliefs. I thank God for comforting us with the knowledge that he was with the Lord. Of that we had no doubt.

And how have the Promises of God impacted me in the challenges of motherhood?

God has comforted me in my distress, He has helped me with my burdens, He has given me wisdom in my challenge, He has given me strength in my difficulties and He has provided me with peace regardless of the troubles I faced. Are you kidding me, I have learned to trust God with everything.

I hope I was able to convey what I wanted to get across. I talked a lot about Joe but, it wasn't about him, it was about me.

I am transformed because God used my son to open my eyes to authentic faith and how to get it. I am covered in God's grace like hot fudge on ice cream. I am filled with the Holy Spirit. I am a new creation. If you've known me for any length of time, I don't look any different but, if you could see what the potter has done with the clay that was my heart and soul, you would behold a beautiful sight.

I am a happy mother today, I am the mother of six fantastic, special, wonderful children and I am a child of God. Could anyone be more blessed then that?

Email ThisBlogThis!Share to TwitterShare to FacebookShare to Pinterest
Labels: Being mom