I started this post in May after President Barak Obama's support of Gay Marriage made headlines.  I started it and thought and thought about it, but nothing I wrote seemed right.  Recently I was reminded of the subject again when I noticed an interview with Kirk Cameron, on a CNN Program, where he was asked the question: Do you support Gay Marriage?

Although I wanted to answer the question for myself, I found difficulty with both answers.  To say no was to be hateful and prideful.  To say yes was to put aside truth I thought was clearly stated in scripture.

And then finally I asked the important question -- What would Jesus say to this question?

This question reminds me of the one asked by the teachers of the Law of Moses in John 8:5, "Now Moses, in the law, commanded us that such should be stoned. But what do You say?"  Jesus was never one to feel obligated to answering a question outright or directly.  He often asked a deeper and more meaningful question that cut to the heart of the issue.  In this case, I think the issue is not, does Jesus support Gay Marriage? The deeper better question is:  Does Jesus love me?  Does Jesus accept me for who I am?  Can I come as I am to Jesus?

And the answer to that question is clear.  The answer is YES, Jesus loves you, accepts you, all of you, just as you are, knowing all that you are, all you have done, and all you will do.

I think Jesus would have something to say to to us who call ourselves Christians, standing around the supporters of Gay Marriage with stones in our hands.  Jesus would say to us "Let any one of you who is without sin be the first to throw a stone." (John 8:7) We, as followers of Jesus, can't throw stones.  None of us.  Because when we say it is sin, then the Gay community hear "we don't do that" but that is a lie.  We do sin.  Everyday.  For me, it is more like every 20 minutes.  The Gay community hear "You sin, we are perfect! Jesus loves us and Jesus hates you."  What a lie!  One sin is not worse than another. If anything it is the sin of self-righteousness that is the worse of all!

But to tell the whole truth, the scripture in John 8 does not end there.  Jesus adds a part, "Go now and leave your life of sin." (John 8:11)  Even as we say this, we need to remember that Jesus led with unconditional love, only at the end does He finish with truth.

Because leading with truth can mask the most important element of the truth: God's Love. 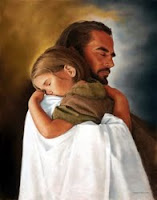 Because the biggest truth for the Gay Community is this: God is waiting for you to come home to Him.  His arms are open, the robe and the ring, symbols of restoration and son-ship, are ready.  If you would only turn to Him and make a step in His direction, begin to come home, He will run to you! He will not ask where you have been or what you have done.  He will embrace you, weep over you with joy and throw an all-out, extraordinary, extravagant party in your honor, so happy will He be to have you home.

It is not about where you have been and what you have done. We are all His sons and daughters.  He made us, He knows we are not perfect!  He not asking us to become perfect.  He asking us to come home to Him.

But while he was still a long way off, his father saw him and was filled with compassion for him; he ran to his son, threw his arms around him and kissed him... the father said to his servants, "Quick! Bring the best robe and put it on him. Put a ring on his finger and sandals on his feet. Bring the fattened calf and kill it. Let’s have a feast and celebrate. For this son of mine was dead and is alive again; he was lost and is found." So they began to celebrate. ~  Luke 15:19, 22-24

And when they come home, let us not forget to go into the party.
Posted by Barb at 11:37 PM

Hi Barb, Love you blog and your thoughts about gay marriage. I agree with you - sin is sin. And I like the words of Jesus, "those without sin cast the first stone."

My only comment would be that I don't think that those participating in gay marriage/relationships see it as sin. Many see it as love and committment. (Maybe you even said that and I missed it) It's a tough topic.

I guess we need to show the love of Jesus to all people, whether we agree or not. As humans this can sometimes be difficult!

Hi Barb, Love you blog and your thoughts about gay marriage. I agree with you - sin is sin. And I like the words of Jesus, "those without sin cast the first stone."

My only comment would be that I don't think that those participating in gay marriage/relationships see it as sin. Many see it as love and committment. (Maybe you even said that and I missed it) It's a tough topic.

I guess we need to show the love of Jesus to all people, whether we agree or not. As humans this can sometimes be difficult!

Bronnie, Yes I agree that the woman in John 8, and even the younger son in Luke 15, had the humility to realize that they had gone in the wrong direction and that is key to their stories. Many in the Gay community feel they have no problem. It is only when we understand that we are far away from home, that we will want to turn and return there.

I really love & appreciate ur heart towards Gay people. I love them as well. My concern is that grace & truth must go hand & hand. Homosexual & Heterosexual sins are not unpardonable but they do carry a great weight. The bible is very specific about sin...it is not general...all sins are not lumped together nor are the penalties. To say that sin is sin...I'm not to sure about that. Would a mother rather have her child's money stolen or her child's virginity (raped)?
I don't say this because I believe that my sin is any better than anyone else but some sins do more harm/damage than others.
I am both sympathetic & empathetic to the Gay plight. The Lord has delivered me from so much darkness. I love & accept Gay people but as a christian, I cannot & do not condone/celebrate their lifestyle choice. Mankind did not ordain marriage (God did) nor does he have the right to change its
meaning.

The response to gay marriage, by the church, is indeed disproportionate. The whole hate the sin not the sinner is a barely held facade in most churches on the issue of homosexuality.
But sorry, it IS sin, and you conflate things badly when you say "Jesus accepts us as we are"....absolutely He does, and sets about changing us to His image, which does not include thereafter maintaining clearly delineated sin.
The bigger point on gay marriage is, who do we Christians think we are when we are presiding over the destruction of countless lives, and children through the tacit support of Christian frivolous divorce.