After God freed the Hebrews from slavery in Egypt, He instructed them.
And God spoke all these words:
“I am the Lord your God, who brought you out of Egypt, out of the land of slavery. (Exodus 20:1-2)
First God reminds them who saved them. Their Savior was God alone. It was not Moses. It was not by the strength or craftiness of the Hebrews themselves. It was God. As the story of the Hebrews continues, God repeats this over and over. Annually the Jews continue this tradition of repeating the story of God setting them free in their Passover celebrations.
Then God instructs them how to treat each other:
“If you buy a Hebrew servant, he is to serve you for six years. But in the seventh year, he shall go free, without paying anything. If he comes alone, he is to go free alone; but if he has a wife when he comes, she is to go with him." (Exodus 21:2-3)
God knows there will be rich and poor in the world. He does not deny that. There will be those who can afford to have servants, and those who need to be servants. But He wants justice. He wants to redeem. Service is temporary and has an end date unless the servants chooses to stay (see the following verses here, 4-7)
God also instructs them on how to treat foreigners:
"Do not mistreat or oppress a foreigner, for you were foreigners in Egypt." (Exodus 22:21- 22)
It is human nature to look at people who are not like us and be suspicious. That is how the Hebrews became slaves in the first place (see Exodus 1:8-11). God reminds Israel of the pain of their own bondage and warns them not to inflict that on others. The Hebrews must live above that, in kindness with justice for all people.
God continues to speak to them about selling and returning land:
"In this Year of Jubilee, each of you shall return to his possession. And if you sell anything to your neighbor or buy from your neighbor’s hand, you shall not oppress one another. According to the number of years after the Jubilee you shall buy from your neighbor, and according to the number of years of crops he shall sell to you. According to the multitude of years you shall increase its price, and according to the fewer number of years you shall diminish its price; for he sells to you according to the number of the years of the crops. Therefore you shall not oppress one another, but you shall fear your God; for I am the Lord your God." (Leviticus 25:13-17)
And about run away slaves:
“You shall not give back to his master the slave who has escaped from his master to you. He may dwell with you in your midst, in the place which he chooses within one of your gates, where it seems best to him; you shall not oppress him." (Deuteronomy 23:15-16)
And about employed workers and their pay:
“You shall not oppress a hired servant who is poor and needy, whether one of your brethren or one of the aliens who is in your land within your gates. Each day you shall give him his wages, and not let the sun go down on it, for he is poor and has set his heart on it; lest he cry out against you to the Lord, and it be sin to you." (Deuteronomy 24:14-15)
In all things, God requires the strong to care for the weak, the rich to be fair to the poor, the free to release the enslaved.
“Do not take advantage of the widow or the fatherless. If you do and they cry out to me, I will certainly hear their cry. My anger will be aroused, and I will kill you with the sword; your wives will become widows and your children fatherless." (Exodus 22:22-24)
God hears the cry of the oppressed, His anger is aroused, and He will repay. God is clear in His instruction: justice and mercy is required of this people whom God had freed. And He outlines the penalty for their failure to comply. It is not a retribution paid with riches. It is paid in blood.
The United States claimed to be one nation under God and yet it broke God's law of oppression. And the nation paid in blood. On March 4, 1865, as President Abraham Lincoln delivered his second inaugural address, he deemed the war casualties to be God's retribution on our nation. 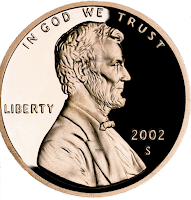 "Fondly do we hope—fervently do we pray—that this mighty scourge of war may speedily pass away. Yet, if God wills that it continue, until all the wealth piled by the bond-man's 250 years of unrequited toil shall be sunk, and until every drop of blood drawn with the lash, shall be paid by another drawn with the sword, as was said 3,000 years ago, so still it must be said, "the judgments of the Lord, are true and righteous altogether".
With malice toward none; with charity for all; with firmness in the right, as God gives us to see the right, let us strive on to finish the work we are in; to bind up the nation's wounds; to care for him who shall have borne the battle, and for his widow, and his orphan—to do all which may achieve and cherish a just and lasting peace, among ourselves, and with all nations."
Even then, the nation continued to oppress people of color. God sees, God frees, and we continue to pay in blood.  The Lord raises up men like Lincoln and like Martin Luther King Jr., to save people from oppression, and yet we still revert back. We are just like the Judges...
Nevertheless, the Lord raised up judges who delivered them out of the hand of those who plundered them. Yet they would not listen to their judges, but they played the harlot with other gods, and bowed down to them. They turned quickly from the way in which their fathers walked, in obeying the commandments of the Lord; they did not do so. And when the Lord raised up judges for them, the Lord was with the judge and delivered them out of the hand of their enemies all the days of the judge; for the Lord was moved to pity by their groaning because of those who oppressed them and harassed them. And it came to pass, when the judge was dead, that they reverted and behaved more corruptly than their fathers, by following other gods, to serve them and bow down to them. They did not cease from their own doings nor from their stubborn way. (Judges 2:16-19)
Who can save us? Only the Lord. We must trust in God alone. We must seek Him in prayer for our nation. We must obey His word to show mercy and justice for all the people.
Beloved Father, save us again, we desire to repent before the bloodshed!
Posted by Barb at 6:26 AM No comments:

Oppression - What does God say about it? From the beginning

Racism. White supremacy. Oppressed people. Privilege. There is so much discussion. I have joined a group to talk about it, to learn about it.

But what does God say about it? I don't want to cherry pick verses. I want to really listen. I want to hear God's heart for the oppressed. For those who are the oppressors. So I went back to the beginning and I looked to see what God thinks of oppression.

Moses, son of Israel, sentenced to death in Egypt and yet his mother hides him and then sets him afloat in the waters of the Nile. He is plucked out by a daughter of Egypt. As he grows in the palace of Egypt, he sees the oppression of his people and tried to fix it one day himself (Exodus 2:11-12) which turns out to be a disaster for him. 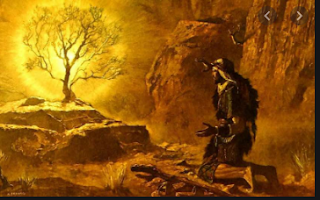 Fast forward 40 years in exile, Moses meets God on the mountain in a burning bush. Here we first find the word oppression, coming from the mouth of God. The people who were oppressed? His nation, Israel. His intent? To save them. His tool? Moses.

God's sees the oppression and desires to rescue them. 400 years have passed in Egypt already. God, for His own reasons, does not seem to be in a rush. God intends to use Moses to save the people, but in God's own time and in His own way. Not in Moses' time or in Moses' way.

Moses is afraid. He is reluctant. He has questions, concerns. In the end he outright refuses. But God manages to use Moses anyway. Praise God.

God is familiar with oppression. He hates it. He plans to fix it. But He has His own time and His own way. Maybe He will use me in my corner of the vineyard.

I too am afraid. I am reluctant. I have questions, concerns and I can try to run away in frustration and confusion. Please God, use me anyway.

And I will praise You.