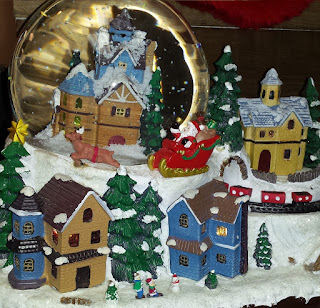 What images come to mind when you think of Christmas? Is it holiday decorations in store windows? Brightly wrapped gifts under the tree? Holiday parties with good friends and special foods? Santa surprising children with favorite toys? A babe in a manger, surrounded by sheep and cows, peacefully sleeping?

Although God planned Christmas to bring peace on earth and to demonstrate His good will towards men, as with most efforts towards peace, first there had to be war.

Christmas was God’s rescue mission. He sent His only Son deep into hostile enemy territory. Jesus entered this dangerous world not well armed, but instead totally defenseless, as a newborn baby. At the time of Jesus’ birth Israel was occupied by the Roman army. God could have chosen any era to send His Son, but He chose Galilee 2000+ year ago where there were no conveniences: no internet, no cell phones, no electricity, no cars, no running water even.

Jesus was sent to Mary, a poor unwed teenager, through a miraculous conception at a time when unwed pregnant women had no good choices. Indeed, the Law of Moses states they were to be stoned for their sin. When Mary said yes to Gabriel, she was risking her life and the life of her Son. Although Gabriel appeared to Mary and explained how she would become pregnant, he did not appear to anyone else except Joseph. Who would believe her?

Joseph too risked public shame to take Mary as his wife. People would have thought that either he was the dishonorable man who was the father, or worse, a fool who would accept a woman bearing another man’s child. Either way, in a small village, he faced contempt of his neighbors.

Both traveled a long treacherous journey, on foot, from Galilee to Bethlehem with Mary in her last month of pregnancy. Once there, they had no place to go in the crowded city but a barn to provide shelter as she gave birth for the first time, miles away from her home and family. There were no sanitary birthing rooms, no doctors and nurses, no epidurals, no deposable diapers or cute new-baby outfits.

When none of these things deterred the birth of the Christ Child, the enemy ramped up his game. The magi tipped off the birth of the true King of Kings to Jerusalem’s reigning King Herod. Evil Herod, livid in his inability to find the One Child, sent his men of war to kill all the infants and toddlers of Bethlehem. Yet God demonstrated His power to move forward His mission and sent His angel to warn Joseph in time to escape with Mary and Jesus.

Yes Jesus came to bring peace but to do that He entered an evil world. He faced shame, discomfort, and danger. He came defenseless, entrusted to teenage girl and a poor carpenter to protect Him. It is not a nice tale for children. It is an epic drama of rescue mission that ultimately changed the world!

Christmas is the image of a God of such fierce love and overwhelming power that nothing could stop His rescue of His people.

And that’s you and me.

May God the Father and our Lord Jesus Christ give you grace and peace. Jesus gave His life for our sins, just as God our Father planned, in order to rescue us from this evil world in which we live. All glory to God forever and ever! Amen. (Galatians 1:3-5)

Read the original Christmas story, click here.
Posted by Barb at 4:13 AM