Deborah: The wisdom to know and the courage to do it

Where in your life do you long for certainty and courage?


Now Deborah, a prophet, ... was leading Israel at that time.  She held court under the Palm of Deborah... and the Israelites went up to her to have their disputes decided. (Judges 4:4-5) 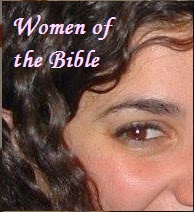 Deborah, a prophet and a Judge of Israel, possessed both certainty and courage. When she spoke, people listened, men went out to war, enemies were defeated. During a time when Israel's people were compromising in their devotion to God, when the next generation abandoned their faith, Deborah demonstrates what it means to hear from God and step forward in confidence.

A man named Sisera was the commander of King Jabin’s army... Sisera had 900 iron chariots, and he was very cruel to the Israelites for 20 years. So they cried to the Lord for help.

Because the people of Israel kept returning to their evil ways, God allowed the surrounding nations to cruelly oppress them, as King Jabin of Canaan did. Often we see the God of the Old Testament as harsh and unmerciful, but I think punishing the Israelites was ultimately a kindness. If God had not punished them, they would have never returned to the Lord for help. Evil ways lead to bad ends. Instead the Israelites returned to their faith.

Deborah said to Barak, “The Lord, the God of Israel, commands you: ‘Go and gather 10,000 men from the tribes... Lead them to Mount Tabor. I will make Sisera, the commander of King Jabin’s army, come to you. I will make Sisera, his chariots, and his army come to the Kishon River. I will help you defeat Sisera there.’”

Deborah did not give Barak, the commander of Israel's army, just any advice, or even advice she thought was wise. Actually, it was crazy advice! Iron chariots -- and the enemy had 900! -- were like missile tanks of today. They gave the enemy a huge military advantage. Even Barak did not have the confidence to go into battle against them.  He insisted Deborah go with them. But Deborah was certain God Himself had spoken and her trust in God encouraged Barak and his army to obey. Deborah understood the risks: 10,000 lives of our countrymen were at stake. And yet, because she believed God, there was no doubt -- obedience was the safest path.

How do we hear from God like that? How do we have that kind of courage?

I think Deborah had a great deal of practice. She was tuned into God's voice and had seen that when she obeyed His word, God would show up in miraculous and powerful ways. She saw how when she followed God's word, He came through for her and her people as He said He would. Best of all the entire nation was influenced by her faith.

When we take the first step of obedience, and we see God show up for us, we can take the next step with confidence. It all starts with that first step. We must also remember that our faith, demonstrated in our actions, encourages others in their faith as well.

Father, make me like Deborah.  Help have the wisdom to know Your truth and then the courage to do it! Help me have the faith to take the next step.

Then Deborah said to Barak, “Get ready! This is the day the Lord will give you victory over Sisera, for the Lord is marching ahead of you.” So Barak led his 10,000 warriors down the slopes of Mount Tabor into battle. When Barak attacked, the Lord threw Sisera and all his chariots and warriors into a panic... Then Barak chased the chariots and the enemy army... killing all of Sisera’s warriors. Not a single one was left alive.


Read the rest of Deborah's story in Judges 4 and 5.

Email ThisBlogThis!Share to TwitterShare to FacebookShare to Pinterest
Labels: Choices, Women of the Bible